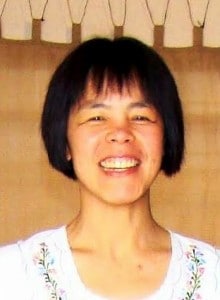 Silvia Quan is a person with visual impairment born in Guatemala. She is qualified in Mathematics and has a degree in Chemistry and Postgraduates in Social Administration, Interdisciplinary and Gender Studies, and a Masters in Human Rights.

Her experience includes academic and statistical research work at the Universidad del Valle in Guatemala, and was also manager at the Fundación Guatemalteca para Niños con Sordoceguera Alex. Silvia was also a researcher for the Center for International Rehabilitation (EUA) working on the International Disability Rights Monitor for the Américas, and was coordinator of research projects on sexuality, gender and disability for the National Disability Council (CONADI) in Guatemala.

From 2003-2013, she was the Officer for the Protection of Persons with Disabilities at the Attorney General’s Office for Human Rights in Guatemala.

She had important input into the adhoc committee at the United Nations Organisation responsible for drafting the Convention on the Rights of Persons with Disabilities, where she worked as advisor to the Guatemalan delegation, as well as member of the team of the Inter-American Institute on Disability and Inclusive Development

Her activism on gender issues has been regional and international. She is an active collaborator with the Latin American Network of Nongovernmental Organisations of Disabled People and their Families (RIADIS). From 2011 she has served as advisor on the rights of persons with disabilities for the regional Latin American office of the international organisation CBM.

From 2008 to 2011 she formed part of the global advisory panel and managing committee at the Disability Rights Fund (DRF).

From 2011 she was been working as independent expert at the UN Committee on the Rights of Persons with Disabilities where she was elected vice-president for the period 2015-2016.