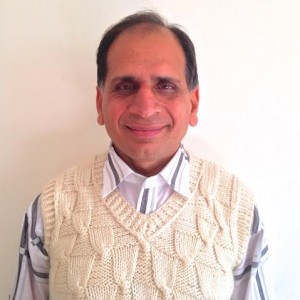 Prakash Rajwagle is Country Coordinator for CBM in Nepal. He was previously Executive Director of BIKASH Nepal, a training and development centre on Disability and Development and held various positions with CBM as technical advisor, head of Capacity Building and Liaison Officer. He has a Master’s degree in International Disability Studies (University College London) and a Postgraduate Diploma in Social Development Planning and Management. His core skills include: Training and capacity building; Networking and advocacy; Research; Monitoring and Evaluation. He is Council Member (Country Representative) of the Asia Pacific CBR Network; and was previously National Co-ordinator for the CBR National Network (2005-2009) where he was involved in disability and CBR networking at various levels. He was also a member of the Disability Service National Co-ordination Committee formed under the Chairmanship of the Minister of Women, Children and Social Welfare (2006-2008). He is a member of the CBR strategic framework development group formed by the WHO for South East Asian Countries where he serves as temporary advisor to the Regional Director of WHO. Prakash is a member of the Social Advisory Board for the German Leprosy and TB Relief Association (GLRA) and was previously also involved in preparing the country report for the CRPD committee on behalf of the government of Nepal in 2012.