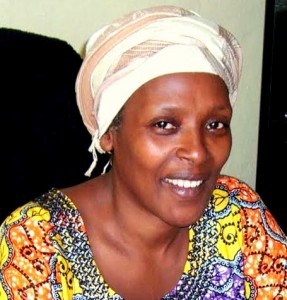 Born in a very remote area of eastern DRC, then crippled from polio as a toddler, Neema persevered to gain an education and then serve her country, eventually as Chief Advisor to her nation’s Minister of Gender and Family. Upon leaving government service, Neema founded the Maman Shujaa (Hero Women) movement to change the paradigm for women and girls living “in the worst place in the world to be a woman,” according to the U.N. The Maman Shujaa now have two Centers in East Congo that facilitate a number of advocacy, capacity building, and community development programs. The Centers offer free computer training and internet to 150 women and girls per week in their mostly disconnected country. Neema Namadamu became the face representing Women’s Transformative Leadership in Africa, as depicted on the cover of MasterCard Foundation’s recently sponsored study. Neema has been honored as “Architect of Peace and Civil Society Activist”, as “Africa’s Most Influential Woman for 2014”, and listed among UK-based SALT Magazine’s 100 Most Inspiring Women.