You are here: Home / Reports / Sexual violence on indigenous deaf women in Guatemala 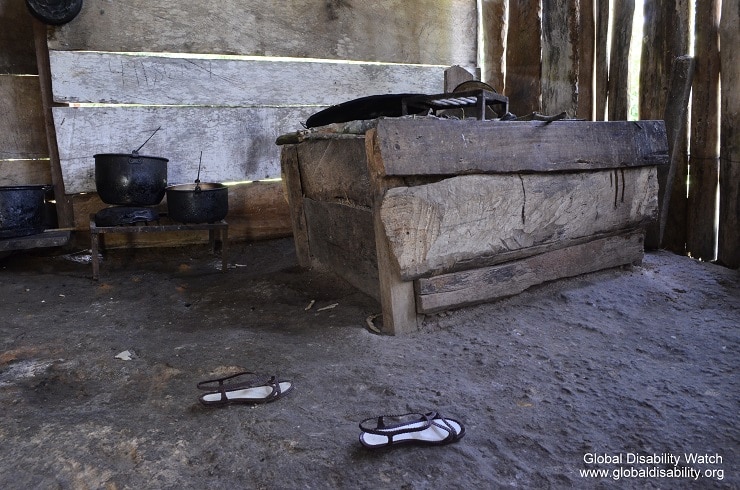 The type of impairment, location, cultural devaluation and ability to resist, impinge on disabled women’s experiences. They also impact the violence they face.

Commenting on his recent publication, Disability and Poverty in the Global South: Renegotiating Development in Guatemala, a product of long term ethnographic work in the country, he notes how these narratives remain largely untold and unheard. He goes on to express how the disability movement remains unresponsive within the country, not least on account of the extreme geographical isolation and the complexities of these indigenous communities:

“These areas are not only physically isolated, they remain culturally alien to many organisations and researchers who more often than not stick to the beaten urban track. This meets ingrained racism within the Guatemalan space. As a result, these communities remain distant mentally, misunderstood, and kept at arms’ length”, Grech explains.

The perpetrator is frequently a known community member, the fact that these young women cannot orally identify them in these strongly oral cultures, nullifies their claims and those of their families

He reports that these young girls’ vulnerability to sexual violence and assault is worrying, not only because there is little consciousness or knowledge of these occurrences and little if any country reporting to date. But there are also no legal and protection mechanisms, no convictions, and even more basically, no capacity by these impoverished families to seek redress in these distant rural areas, a reality he insists, is not exclusive to persons with disabilities:

“The formal arm of the law does not reach these areas, inspires little trust and is not even accessible to these communities who do not speak Spanish, weakening the reach and aspiration of rights and measures such as the United Nations Convention on the Rights of Persons with Disabilities. On top of that, gendered, cultural and social pressures come to bear, effective and strategic silencing, maintaining these women in cycles of violent abuse, isolation and yet more silence.”

Grech explains that while the perpetrator is frequently a known community member, the fact that these young women cannot orally identify them in these strongly oral cultures, nullifies their claims and those of their families. Not only, but it also leads to profound ostracisation and even aggression towards these indigenous families in close-knit communities. Grech recounts verbatim the narrative of a family member of one of the victims:

‘The men and even young boys just touch them like objects as they pass, with aggression… to violate them because they can’t talk to anyone about it – and if families like us talk, then they don’t believe you, they tell you are a liar and want to cause problems with the community. If you are a woman it is worse, you keep your mouth shut, we know that.”

Violence and killings on women are a broader problem that Guatemala contends with. One deaf participant in Grech’s research described being regularly grabbed by men as she walked in the streets and fondled aggressively, then beaten up once she resisted, a repeated occurrence. Two other girls had been raped and left pregnant as they went to mill the corn just a few metres down the dirt track, the only semblance of interaction and sociality these girls had. While one of the girls could identify the perpetrator, approaching the indigenous community council (cofradia) did not reap any results since he was the brother of one of the council members. Instead, it led to gross hostility and threats by the council and other community members towards the whole family. Reeling in fear, they had to withdraw the accusations, and are now ostracised by their community and framed as troublemakers.

The stories are harrowing. Another deaf girl had been raped and left pregnant and then trafficked out of this same distant indigenous community, lured by an unknown woman’s promise of a job in the capital city. Grech recounts how Zulma, 24, explained through her sister’s very basic and personalised (not official) signing how all she remembered was going into labour, falling asleep and waking up to find no baby. After a few months, she was raped again and was pregnant a second time.

Zulma managed to escape and returned to her rural community where she delivered her second baby at home. The ordeal appeared to be systematic and organised human trafficking. This was confirmed by the subsequent appearance of a man from Guatemala City giving the family a small amount of money on behalf of a couple from the United States, apparently the adoptive parents of the girl taken away from her.

Zulma has no idea where her daughter is; the unknown man drops off a small ‘gift’ once a year and scurries back off. The family have few resources to even eat and know of no support to track the child. They are so poor and sometimes hungry they are even grateful for the tiny amounts left by the man.

Grech reports that in these off-the-radar contexts, these deaf girls are hurt and sometimes left pregnant, the grip of extreme chronic poverty and even hunger tightening further like a noose round their necks and those of their families with another child to feed. No help is in sight and the perpetrator is known and sometimes seen daily. The forced isolation of these girls becomes consequential and preventive. People like Zulma have other children to try and feed, and like the rest of the deaf girls lives in even more isolation, now locked up at home by her family for fear of more violence, rape and children they can’t afford to raise. She no longer takes even those few steps to the mill that made the only excursion of the day.

Grech explains that these narratives are only the tip, there are many more that remain invisible as a result of fear. When they are heard on occasion, for example by small local organisations, support is scarce or inexistent, because they have few resources to work with, because they don’t know what to do or because mobilising some help can endanger the lives of these young women and their families. If the spiral of physical violence stops, the psychological, emotional and social one does not.