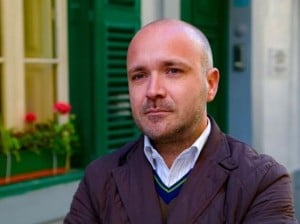 Neil Falzon was awarded his law degree in 2001, writing his dissertation on the role of the International Criminal Court Prosecutor. At the time Neil headed Amnesty International’s Malta branch. He then successfully completed his Mediterranean Masters in Human Rights and Democratisation in 2004, writing his dissertation at the Raoul Wallenberg Institute of Human Rights and Humanitarian Law on the positive duty of states to prevent human rights violations.

In 2005 Neil was engaged by the United Nations High Commissioner for Refugees. Malta was then experiencing the arrival by boat of hundreds of refugees leaving Libya. These were difficult days: negative public opinion was almost violent, just a handful of civil society organisations, one of Europe’s harshest detention policies, no life prospects for refugees in Malta, a struggling public administration and no real UNHCR office. During the 4 years he spent at UNHCR, eventually as Head of Office, Neil focused on building UNHCR’s Malta presence, engaging in heavy advocacy efforts with the Maltese authorities, supporting NGOs and promoting a rights-based discourse and approach to migration and asylum.

In 2009 he left UNHCR and established the International Human Rights Law module within the Faculty of Laws, and lectured other topics: European Union Migration Law and Policy, Mediterranean Migration, Human Rights for Social Workers (on-going) and Regional Systems and Instruments of Human Rights Protection (also on-going).

During this time, Neil researched and drafted several technical reports including on interception at sea of refugees and migrants and the ‘Left to die boat’ for the Council of Europe’s Parliamentary Assembly, gender identity and marriage equality for the Malta Gay Rights Movement.

He established the human rights NGO aditus foundation in 2011. As the organisation’s Director Neil is responsible for its overall management, and also actively involved in most of its projects and activities. He represents the organisation in its external relations, including through extensive media presence nationally and internationally. Neil is Project Manager for the aditus’ FRANET Team. He is one of the Malta Coordinators of the European Legal Network on Asylum (ELENA), and member of the Academic network for legal studies on immigration & asylum in Europe (Odysseus Network). In 2014 he was awarded an LGBTI Community Award for his work in advancing LGBTI rights in Malta, and in 2015 elected to the Board of the European Council for Refugees and Exiles (ECRE) to represent the Mediterranean Region.