A government report estimates that at least 94 patients with mental health problems died in South Africa of dehydration, diarrhoea and pneumonia after a cost-cutting exercise that saw patients moved to unlicenced and unequipped profit-seeking ‘facilities’compared to ‘concentration camps’.  The move came about after the Gauteng health department did not renew its contract with Life Healthcare‚ which had around 2000 patients in its care. 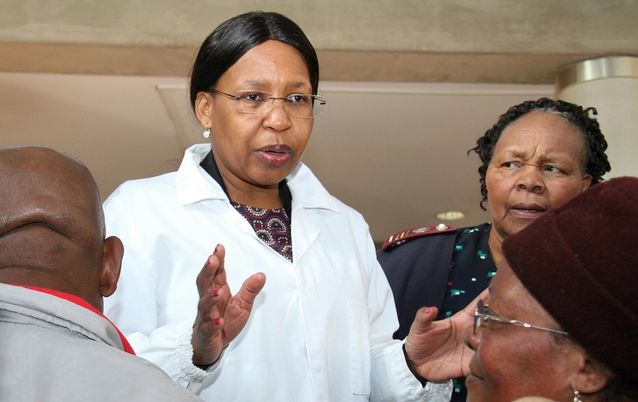 The report prepared by health ombudsman Malegapuru Makgoba, reflects a health system that is shambles, documenting how patients were hurriedly collected using open pick-up trucks from the Life Esidimeni hospital in the northern Gauteng province. They were quickly selected like an “auction cattle market,” and then taken away to a number of new ‘care’ facilities.

The report states that families had no idea where the patients were taken, or if they were even alive.

The centers, overcrowded and in dire heat, did not provide enough food and water, with patients suffering from dramatic under-nutrition and some dying from dehydration. The report describes these facilities as “unstructured, unpredictable, sub-standard caring environment”.

The health ombudsman told local media, following the release of the report that “only one person had from a mental health-related illness”. Makgobo went on to note that the number of deaths is most likely conservative and will probably rise following adequate an investigation.

The report expresses how these deaths are solely on account of neglect by these 27 facilities seeking nothing more than profit. Not only were patients “mysteriously and poorly selected”, but these centers were “unable to distinguish between the highly specialized non-stop professional care requirements … and a business opportunity”.

Gauteng Premier David Makhura vowed to hold accountable all the responsible officials. But people and organisations express substantial reservations about the extent to which government will go to adequately investigate and take measures.

The response has been one of uproar. The opposition, the Democratic Alliance party expressed outrage following the release of the report, stating the government had lied about the death toll when reports of these deaths started to emerge.

Other stakeholders, especially civil society are calling this incident ‘genocide’.

These tragic deaths reflect the dramatic state of the health care system, under a strong critical lens for many years now, a system failing not only in coverage, but also in quality, dignity and safety.

Many have taken to putting pressure on the government to take serious measures. One of these is the Esidimeni Campaign launched in October 2016 by the Ubuntu Centre “in honour of all  persons with psychosocial and intellectual disabilities  that have perished, been neglected, subject to torture and inhumane treatment by the closure of the Lifecare Esidimeni Homes by the South African Government earlier this year”. The campaign states that the tragic conditions have been known for a while, and that the disability sector had issued warnings “of the miserable fates that would result” and how “despite families of the residents protesting and pleading and despite court action, the Gauteng Minister of Health went ahead”.

Provincial health minister Qedani Mahlangu has since resigned after findings in the report implicate her in the decision to move the patients. But this is a far cry from the justice that civil society, families and concerned citizens are seeking, from the dramatic overhaul in health care that the nation needs. It is also a far cry from the measures needed to quell the anger, pain and voices calling for justice.