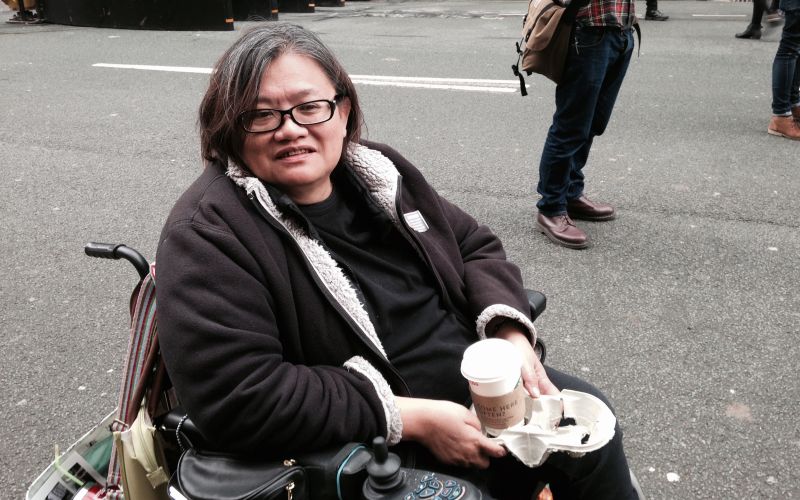 Disabled activists are calling on the UN to take action after elections to the 18-strong committee that oversees the implementation of its disability rights convention left it with just a single female member alongside 17 men.

The committee on the rights of persons with disabilities (CRPD) currently has six women members, but from January next year that will fall to just one, the German representative Theresia Degener.

The elections were held at the UN in New York to replace nine expert members of the committee whose four-year terms are due to expire at the end of the year.

All 160 states that have ratified the convention voted in the election, and each of them voted for nine out of the 18 candidates in a secret ballot.

But many disabled activists were appalled when it was revealed that all nine of the candidates who were successful in the election were men, although they welcomed the election of the committee’s first panellist with learning difficulties, Robert Martin, from New Zealand, and its first sign language-user, Valery Nikitich Rukhledev, from Russia.

The UK representative on the committee, Diane Kingston, is believed to have fallen just three votes short of the number she needed to be re-elected.

From 2008 to 2010, there were five women out of 12 CRPD members, and in the following two years there were eight out of 18, but since then the proportion of women has gradually fallen.

The UN Convention on the Rights of Persons with Disabilities says (article 34, paragraph four) that countries who sign up to the treaty should elect committee members with consideration to factors including “balanced gender representation”.

Kingston declined to comment this week, but a spokeswoman for the Office of the United Nations High Commissioner for Human Rights said: “The UN Human Rights Office has promoted gender balance in the election of treaty body members, but the elections are in the hands of the states parties.”

But she pointed to a speech made last week by Zeid Ra’ad Al Hussein, the UN’s high commissioner for human rights, who said that the “undermining and denial of women’s human rights is the most widespread form of discrimination around the world”.

He added: “We even see it in the Human Rights Council, where women speak considerably less than men, and at the highest level of virtually every decision-making body in the private and public sector – including the United Nations.

“We saw this only two days ago in New York, when out of nine people elected by member states to the committee on the rights of persons with disabilities, not one was a woman.

“This means next year the committee will have only one woman member.  How is this possible?”

Eleanor Lisney (pictured), a member of the steering group of the disabled women’s collective Sisters of Frida, said she and her colleagues were “concerned” at the election results.

She said: “Some disabled people have told me that there is no gender difference in disability and that disability discrimination is gender neutral. But that is not true.

“At Sisters of Frida, we work on the gaps for disabled women – on violence against women, on health and sexual provisions, in employment, and the intersecting factors. Article six [of the convention]is very clear on that.

“On the CRPD committee, it is imperative we have disabled women who would work on those issues.

“We hear from disabled women in the global south and those in the [black and minority ethnic]communities here (from Southall Black Sisters, for example) how those disabled women are left without voices because disabled people’s organisations are not in touch with those communities.

“We need to work with our disabled sisters globally so that come the next election the committee will be more gender balanced.

“And we can only do that by ramping up our own voices – to have the role models for young disabled women.”

Maryanne Diamond, IDA’s chair, told Disability News Service: “In 2016 it is something that I was really shocked that we found ourselves with.”

She said it was vital that the interests of disabled women were “always at the forefront” of the committee’s work.

She added: “When you have a committee pretty much of all men it operates differently: the way conversations happen, the way dialogue happens; it’s a different dynamic.

“We need to think about the women in all our countries who are suitable, appropriate, skilled, and then lobby governments to make sure governments think of women when they even put their candidates forward, because there were only three women in that list of 18.”

She said the responsibility lay with member states to ensure that more of them put forward women as candidates in two years’ time, and that they vote for women candidates in 2018.

She said: “I suspect that gender balance may not have been high on their list of priorities when determining who they were going to vote for.”

Diamond had said earlier in a statement that the new make-up of the committee “signals a serious disconnect between the convention’s principles of non-discrimination and gender equality within the nominations and elections procedures, as well as an objectionable disengagement on the part of states to ensure and promote gender parity”.

Munazza Gillani, country director for Pakistan for the UK-based disability charity Sightsavers, which works in developing countries, said the convention makes clear, in article 34, that “as they vote for committee members, governments must consider balanced gender representation as well as the inclusion of experts with disabilities”.

She said: “With only one female member in the newly elected committee, this measure has clearly fallen short.

“No-one can take inclusion for granted.

“We believe there should be processes in place to ensure gender balance on all UN bodies to better reflect the global vision we all share – one where the voices of women with disabilities are heard in top levels of governance, and one where no-one speaks on their behalf.”