You are here: Home / Africa / Zambia: working towards an accessible electoral process 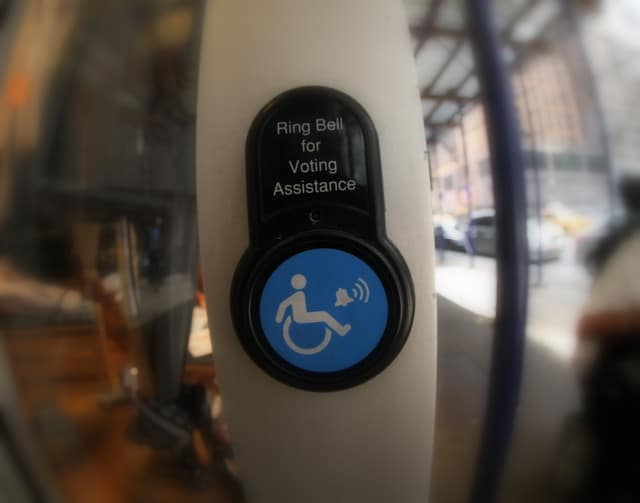 Zambia’s general elections in August are met by a new constitution that significantly impacts the electoral and voting environment.

Persons with disabilities have long been fighting for recognition and protection of their rights to political and public participation through an inclusive and accessible electoral process. These demands seem to have been heard and changes in the constitution provide for participation of all citizens in the country’s politics.

Zambia’s 2016 elections are historical not only on account of these constitutional changes, but also because it is the first time that the country will have developed and implemented measures to ensure that persons with disabilities effectively participate in the entire electoral process. The electoral commission was compelled through litigation and advocacy to produce an action plan and budget to ensure that persons with disabilities are catered for in this year’s election.

The commission has proposed to spend K 2,800,000 (US$ 250,000) on 5,600 ramps to be used by persons with disabilities in this year’s election. The commission has further proposed to spend K 467,000 (US$ 42,000) on production of accessible information and communication materials alongside meetings with persons with disabilities.

If Zambia succeeds to have such an accessible general election, the country may well become a model for other African countries.

Disability Rights Watch (DRW), a leading human rights watchdog on disability in Zambia has been closely following the enforcement of the High Court Judgment in the case of Selah Brotherton vs. ECZ. In the judgment, it was established that the Electoral Commission of Zambia (ECZ) had unlawfully discriminated against persons with disabilities, contrary to Article 23 of the Constitution as read with Section 19 of The Persons with Disabilities Act.

The judgment showed that the ECZ had unlawfully limited the rights of persons with disabilities to exercise their rights by not providing accessible premises and services, contrary to Article 75 of the Constitution.

Some of the orders contained in the judgment include that the ECZ erect temporary ramps for use by persons with disabilities in all polling stations, and ensure that all polling booths are located on the ground floor.

The commission was further ordered to provide a tactile ballot guide for voters who are blind or are partially sighted but who do not wish to be assisted in casting their vote. The decision concerns not only presidential but indeed all elections.

The ECZ was also asked to issue a detailed plan and budget aimed at providing services and amenities aimed at ensuring equal participation in the electoral process ahead of the 2016 polls.

Disability Rights Watch President Wamundila Waliuya insisted that what was now needed was a robust programme to monitor the implementation of the action plan and raise awareness of the interventions put in place to ensure accessibility to the entire electoral process by persons with disabilities.

The road ahead, though, is far from smooth. Frank Musukwa, from Zambia Deaf Women and Youth, commented that inaccessibility remains a deep problem and it impacts some more than others:

“I feel deaf issues still remain under or misrepresented. There is neither activity nor a budget for sign language interpreters during the course of the entire electoral process, for example the ECZ announcements/advertisement on TV. For too long, people with disabilities have been in the shadows in exercising this basic civil right. The causes of voter disenfranchisement are myriad, but they include physical inaccessibility, a failure to provide registration and voting materials in accessible formats, a lack of private and independent voting for many citizens, and the denial of the right to vote on the basis of erroneous assumptions about a person’s capability because of his or her disability.”

A meeting was recently convened with disabled people’s organisations (DPOs) and wider civil society to look at the action plan and chart a way forward ahead of the 2016 elections. Civil society bemoaned the fact that the measures that ECZ reported as done, were in fact not visible, and doubted how the over-ambitious targets by the commission would be resourced. Concerns also arose as to the effectiveness of the processes proposed in the action plan such as audits of polling stations without a clear road map of how persons with disabilities would be involved in this process. It was also not clear what audit checklists they would follow in the process and the nature of collaboration they had put in place with the Ministry of Education which owns most of the infrastructure used as polling stations.

The emphasis of the action plan, CSOs insisted, is only on physical access to the polling booths by having ramps installed, at the expense of other critical accessibility aspects. These include poor lighting and lack of accessible sanitation facilities at polling stations. They also highlighted the need to address circulation areas and narrow doors and a number of other barriers where polling stations are set up.

Persons with disabilities are resolved to play a more active role to monitor this year’s elections and to support the awareness raising efforts of wider civil society. DRW pledged to write to the ECZ on the areas that needed clarity and to engage with FODEP in a process to review monitoring checklists and train monitors in disability inclusion.