You are here: Home / Africa / Woman with albinism killed in Malawi: no isolated incident 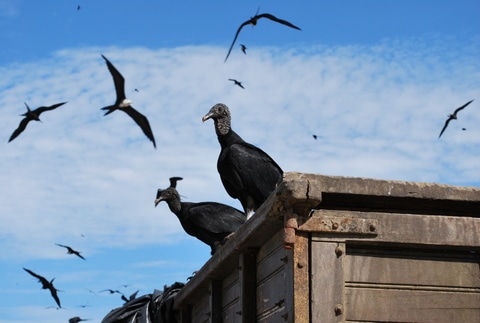 Protection of people with albinism remains a serious concern in Malawi as in other parts of Africa. The recent killing of Eunice Phiri, a 53-year-old woman with albinism, found on 28 January in the Kasungu National Park, is the latest in a spate of attacks on people with albinism (PWA). Both her arms had been chopped off.  Mr. Bonface Massah, The Executive Director of Association of Persons with Albinism of Malawi (APAM) commented that this is not an isolated incident in the country, and that attacks are in fact on the rise. He noted that that there have been 86 documented attacks since 2013, but as many as 90% of these, have occured from December 2014 to date.

We all live in fear and lost trust in other people

These attacks are motivated by superstitious beliefs about the magical properties of PWA body parts. Used in potions concocted by witch-doctors, the hunt for PWA and their body parts, ideally taken when alive, make for a lucrative market.

The police report claims that Eunice Phiri was tricked by three men to go with them to Zambia in aid of her son who lived there and who they said was threatening to commit suicide. They traveled through the Kasungu National Park where her body was dismembered:

“Eunice’s brother, Masauko Phiri, came to her place with two friends saying they had come to get her because one of her sons living in Zambia was threatening to commit suicide. He also said that her older brother in Zambia had some bags of maize for her. Eunice agreed to accompany them and took her 8 year old son with albinism along. While travelling through Kasungu National Park the three villains attacked Eunice. Her son managed to escape and follow the same route home where he did not properly explain what had happened to his mother. This left the family thinking that his mother had sent him home. Finally realizing that Eunice was not coming home as expected, the family became suspicious and sent somebody to check for her in Zambia. Her elder brother said that she had not visited his home” (Source: Edna Mzinigwitsa, Public Relations Officer, Kasungu Police Station

Eunice’s body was found five days later by a cattle herder in a decomposing state. It was established that she had died of severe blood loss.

The police report goes on to state they will leave no stone unturned until the criminals are brought to justice. Malawian President Peter Mutharika earlier in the year had also condemned attacks, calling on police to investigate, arrest criminals and protect PWA.

However, many express that not enough is being done, police investigations remain scarce and weak, arrests are few, and sentences meted out not strong enough. PWA remain unprotected, subjected to fear, isolation and stigma.

“The police are not doing enough investigation, case drafting and access to justice. We all live in fear and lost trust in other people, we have in cities too. Not much has been done in terms of financing the action plan to end the attacks, hence still have new cases reported”

Mr. Massah highlighted the need for other, yet coordinated strategies to start changing the situation:

“The need for adequate laws in Malawi to protect PWA as current Laws are weak, but also the need to strengthen the local albinism association capacity, to promote self-advocacy and meaningful inclusion, lobby and advocate for their own rights”.