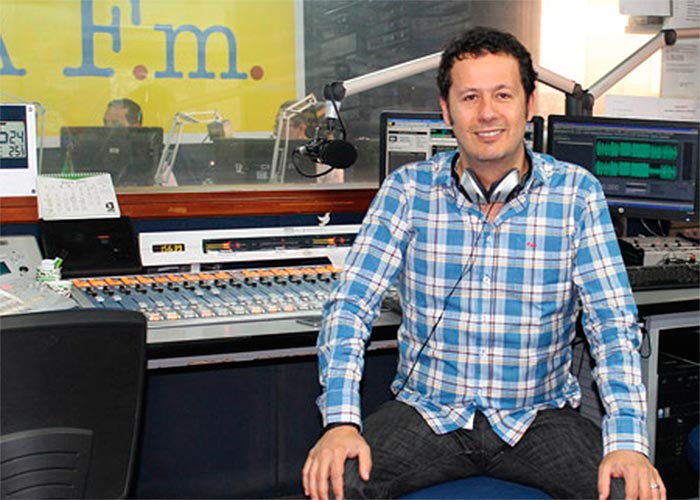 A story recently reported in El Colombiano highlighted how a video filmed and uploaded by Carlos Mira, director of the radio station Mega Medellin, caused substantial uproar after the presenter made fun of the physical appearance of a disabled person. A young woman, Ana Maria Zapata Martinez, 22, who suffers from Marfan Syndrome was filmed by the announcer without her permission and the video was then shared on social media. Accompanied by comical music, the broadcaster mocked Ms. Zapata’s physical appearance. Ms. Zapata alerted the station after watching the video herself, commenting how she felt her rights were violated and how she felt ridiculed.

Solangel Garcia, a disability activist and GDW correspondent, commented that various discussions have emerged from this case as well as resistance:

“Organisations of disabled people have shown their complete support for Ana Maria and repudiation towards the incident and the newscaster. But, how we move on to understand this situation and open spaces for reflection is the real concern.”

Carlos Mira confirmed that he was indeed the author of the video and offered a public apology on his own Facebook page:

“I want to apologise, I fully acknowledge my mistake, I know that I offended her and much more. Ana Maria, a million times sorry and I say it from the heart. I’m human, I make mistakes and it is the first time a situation like this has happened to me.”

In the meantime, Alejandro Villalobos, national director of La Mega radio station emphatically rejected such behaviour on his Twitter account:

“No to discrimination, no to humour about physical defects or diseases”.

He went on to emphasise that procedures were in place looking into Mira’s case.

The apologies, though, do not seem to go far enough. Other media have picked up on the story expressing anger at the station and much of its content, stating that this mocking of disabled people and others is not a one-off. Garcia went on to comment that much still needs to be done at a national level to shift perceptions towards disabled persons:
“I believe there is alot of work to do in this country to shift stereotypes, especially those that refer to a single type of beauty, the ‘perfect’ body. This type of beauty, of normative bodies in magazines, television, on the catwalk, this spreads onto the streets, homes, families, and many believe it is reachable including through surgery. There is another beautiful that is persistently rendered invisible or demonised”.

Johana Lara, a disabled activist and GDW correspondent went on to emphasise that these stereotypes in the process construct the disabled figure and how he/she is to be viewed, even symbolically:

“… the stigmatised one and where one is obliged to take a position: acceptance, rejection, criticism…. “

Lara went on to note that things may be slowly changing and that actions such as these are starting to trigger a different reaction:

“It was different before when things were exclusively positioned in a medical model of disability…now the perception and position is different. It is interesting to see that the exclusive focus of this incident is not the behaviour of the journalist, but also the social action building up towards an incident that is not accepted by others”.

Lara concluded by saying that questions nevertheless linger about what and how things may change in the future:

“Was the journalist shamed? was it counterproductive? will this be an isolated incident or the start of a transformation of perceptions of disabled people? Only time will tell…”